Imagine dipping your foot in the ocean in the Motherland! # goals 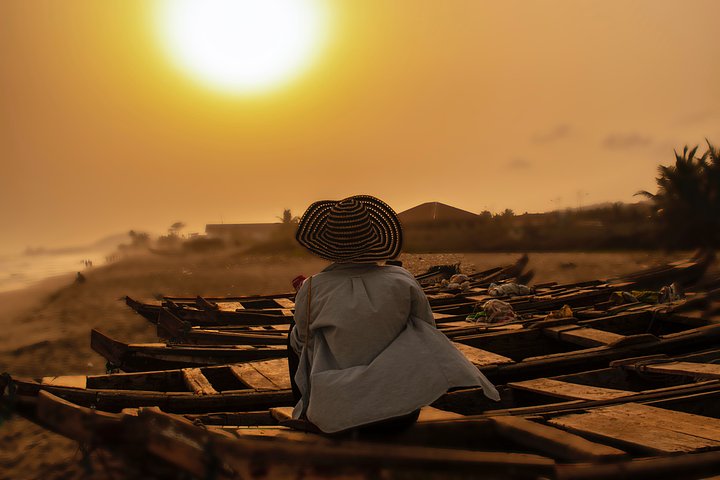 Imagine dipping your foot in the ocean in the Motherland! # goals Certified Africa provides a unique travel experience that connects black travelers to movers and shakers on the African Continent. It makes sense that while traveling the world, you also create valuable connections. We want you to travel, enjoy the nightlife, have an exchange of culture, establish relationships, create memories and introduce you to business opportunities and entrepreneurs in Africa. Learn how your skills and business ideas can be resourceful on the continent. It's time to travel the world, expand your global network, explore your roots, and create memories you won't forget. Enjoy the biggest and best parties that Accra has to offer! Join Certified Africa for an epic experience that will connect you to influencers, entrepreneurs, artists and creatives making major money moves on the continent. 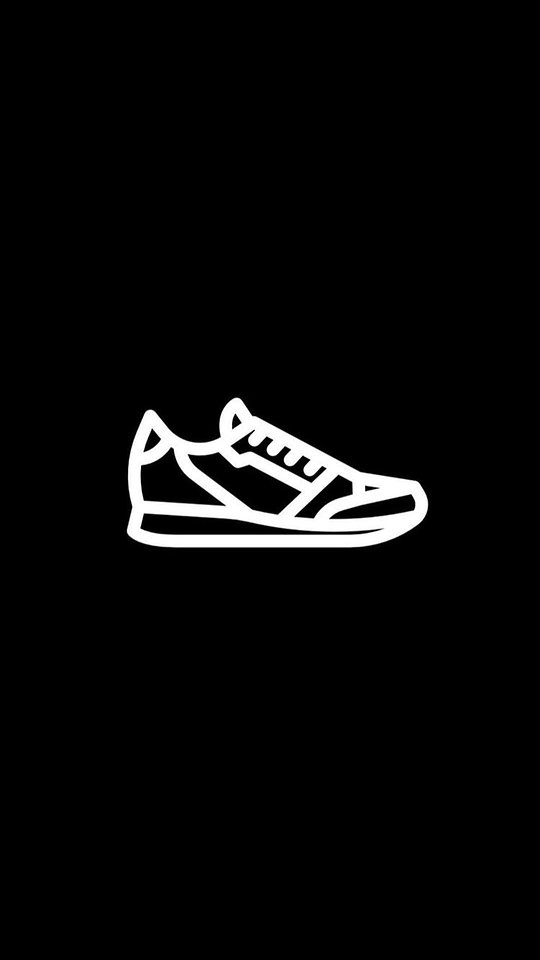 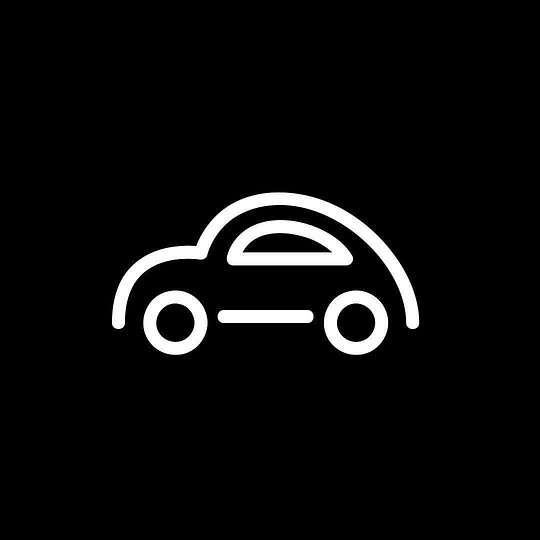 Transportation provided to all itinerary destinations 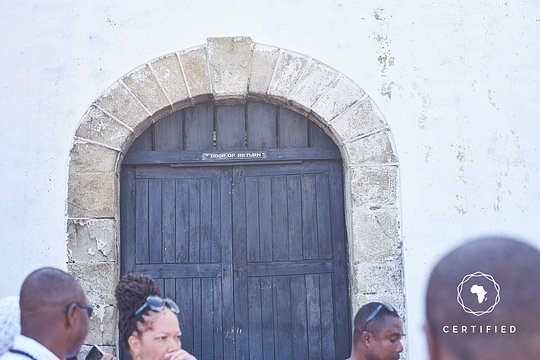 Door of No Return

Experience the door od no return. 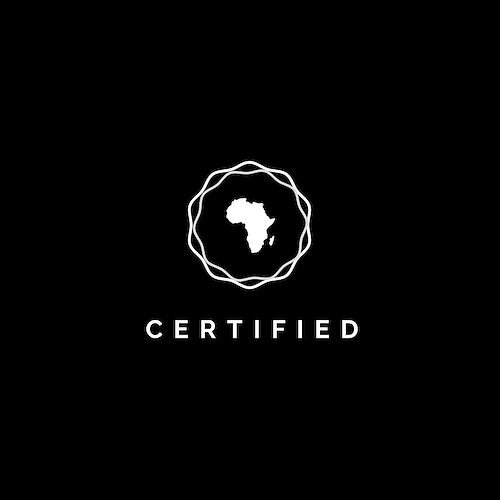 Certified Africa is the leading source to book all-in-one private and group travel experiences to the African continent, authentically learn about Africa and explore cultural heritage, lifestyle, and business/investment opportunities in Africa.

Certified Africa simplifies travel to Africa and offers travel experiences in multiple African destinations including, but not limited to Ghana, Kenya, South Africa, Tanzania, and Egypt. 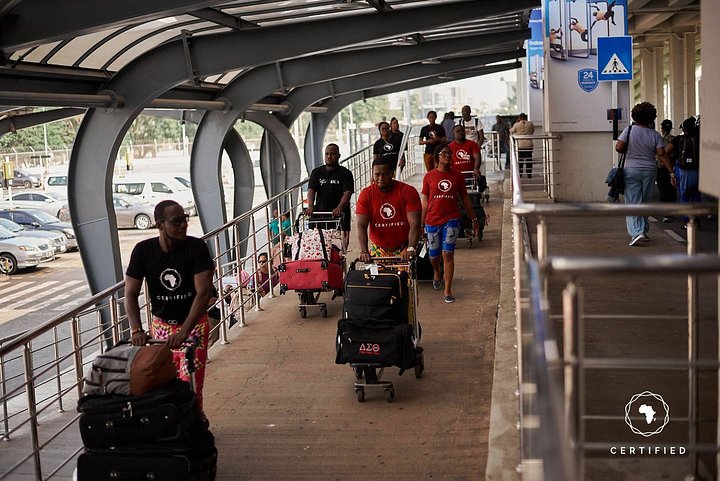 Today, you arrived in the motherland.  You will be picked up by our team at the Airport  and taken to your hotel.

Settle in, relax and enjoy the new environment. 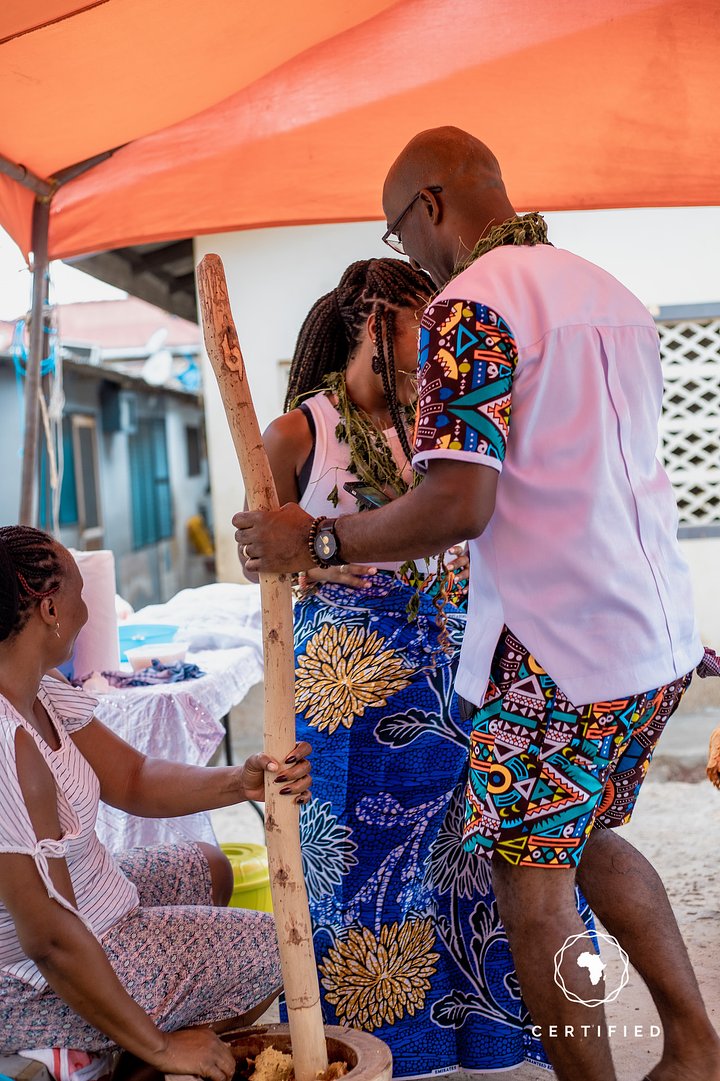 Today we will immerse ourselves into the culture by participating in a traditional welcome home ceremony to welcome you back into the motherland.

There will be elders to offer prayers and perform some traditional rites to usher you into the land.

We will have the opportunity to dance along with the cultural dancers as we celebrate our return to the motherland.

You will also participate in a cook and eat session of  local Ghanaian dishes.

Our seamstress will be on standby to take measurements for those who want outfits made.

Enjoy Nightlife the way you want. We can recommend some places based on preference. 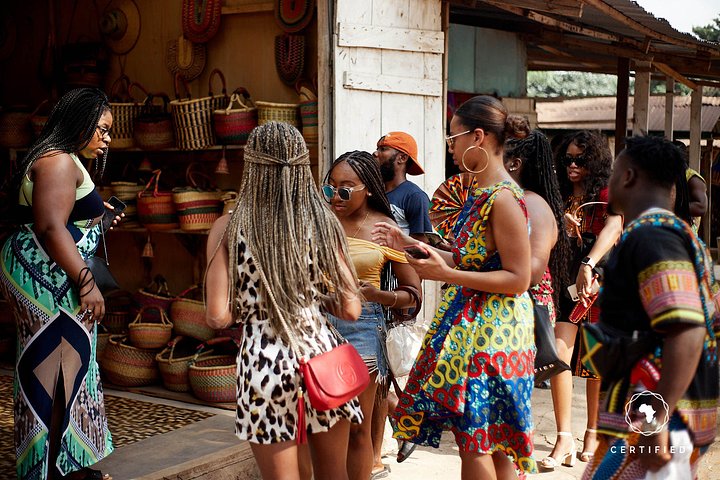 Today you will explore the capital city of Ghana. You will visit historic sites including

• A visit to the Kwame Nkrumah mausoleum.

• Visit to the independence square and Black star square, the most famous symbols of Ghana

• Visit Makola market, the biggest and busiest market in Accra where you can shop beautiful African fabrics

• Visit the local art market for art and craft shopping, walk around, interact with artists, take pictures or enjoy the beautiful Ghanaian art.

• Walk around James Town, community and see some of the oldest buildings from the post-colonial era

.• Check out some well known neighborhoods in the city 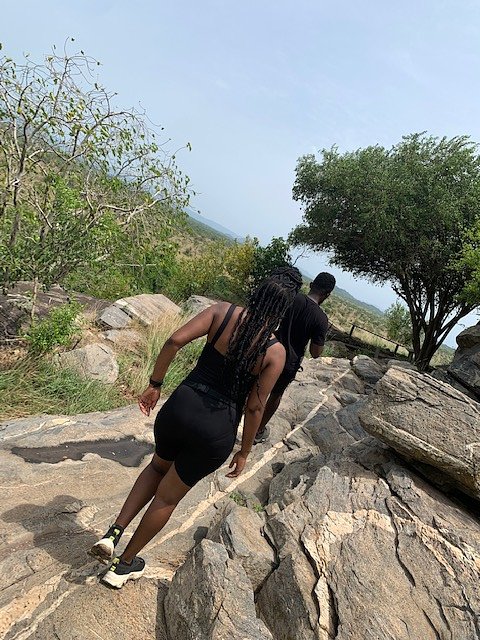 Today, you will do some hiking and enjoy mother nature at the Shai hills reserve.

The reserve is home to many species of birds, monkeys, baboons, antelopes and bat caves. The reserve also houses fenced ostrich, snakes and zebras.

You will have the opportunity to hike to the hill top where you will enjoy the freshness of mother nature and view the breathtaking Accra plains. Enjoy some rock scrambling in the process as well.

On your way to the city make a stop at the Cedi’s beads factory to observe the intriguing centuries old process of bead making from start to finish.

Enjoy the rest of your day as you wish. 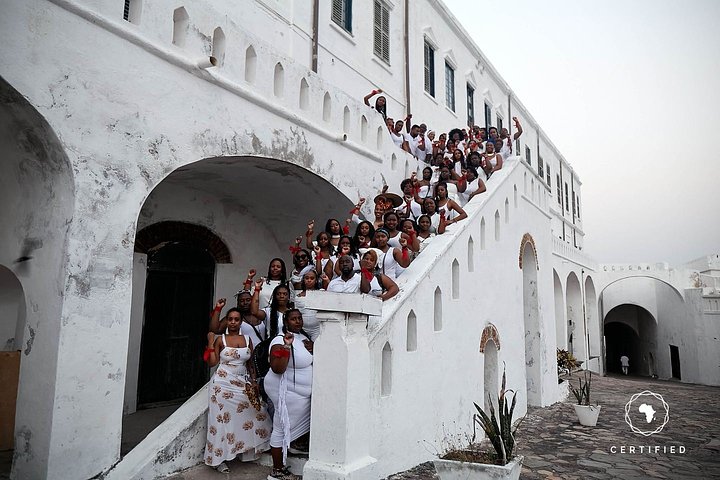 Today, we journey to the central region to visit the Cape Coast slave castle where it all began.   We will experience the horror of the dungeons where  slaves were kept to await the ships.  After, we will pass through the "door of no return"  where slaves exited and left their homeland. Today, the "door of no return" has been commemorated as the "door of return" to await the descendants of those who were forcefully taken. We will have a door of return ceremony here to mark the emancipation of enslaved people of African descent.

We will later visit the Kakum National Park.  Kakum is a preserved rain forest with a canopy walkway that is suspended 30 meters above the ground on tree tops. 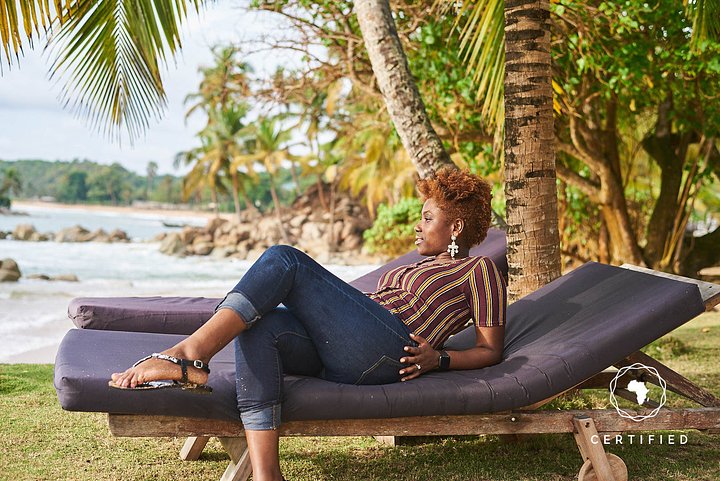 Relaxation at Hotel Poolside or Beach

Today you can enjoy some relaxation at yoyr hotel or head to the beach. The day is yours to enjoy anyhow you want.

You can also do some last minute shopping at the market. 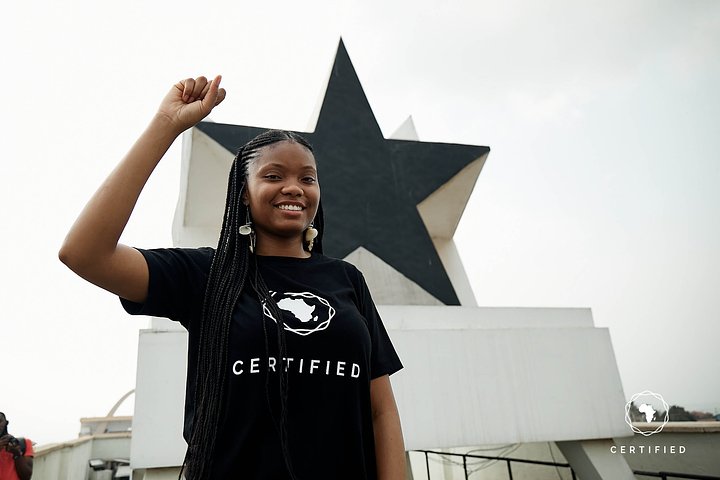 Today, you depart from the motherland, but not for long.

You can do some last minute shopping today.

Pick up from your hotel in Cairo by a representative for dinner enjoying an unforgettable night while your stay in Cairo. We invite you to have dinner on board the cruise for two hours of sailing along the Nile with belly dancing, folkloric show and music.

A selection of the best dishes in Egypt made with the freshest ingredients and prepared to burn a great gastronomic experience.

Transfer to your hotel.

Pick up from your hotel to Cairo International Airport by our representative to take your domestic flight to Luxor. Upon arrival at Luxor airport, you will meet our local expert guide who will accompany you to explore Luxor attractions.

Visit the Karnak Temple, a huge open-air museum that displays important remains of Ancient Egyptian culture. Then visit the Valley of the Kings, the necropolis of ancient Egypt where the tombs of most of the pharaohs of the New Kingdom (18th, 19th, and 20th dynasties), as well as several queens, princes, nobles, and even some animals are located.

You will also have the opportunity to visit the Temple of Hatshepsut, a complex of funerary temples and tombs found on the west bank of the River Nile, opposite the ancient city of Thebes, present-day Luxor.

Lunch in a typical local restaurant.

After finishing the tour, you will transfer to Luxor Airport to take the flight back to Cairo. Transfer to the hotel.

Day 3 - Half Day Tour to Pyramids of Giza

Visit Sphinx (with its half body of a lion and half of a pharaoh) and Temple of the Valley (built next to the Pyramid of Khafre), its purpose was to perform in it the purification rites of the pharaoh’s mummy, which was carried in procession by the road to his mausoleum.

After finishing the tour, transfer back to the hotel.

Activities not on the itinerary

Meals not indicated on the itinerary

Tips and gratuities for Staff, Guides, and Drivers

You will have your own room for the duration of the trip. (Price per person)

Room will be shared with another participant of same sex, unless you are a couple. Roommate matching is available. (Price is per person). 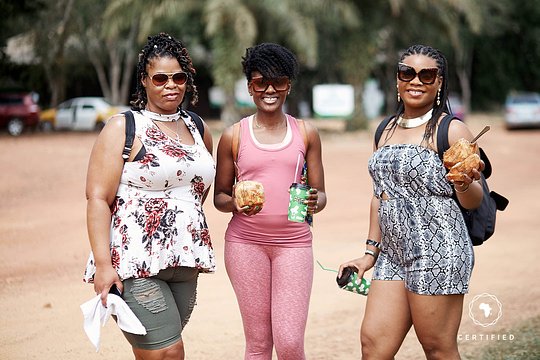 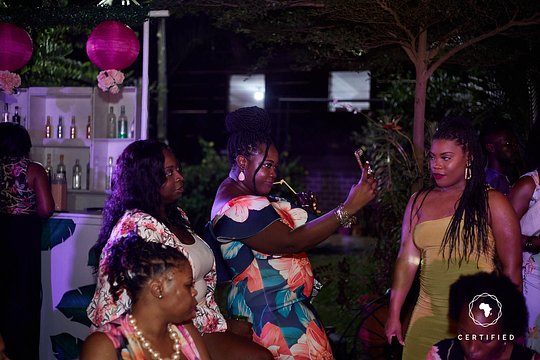 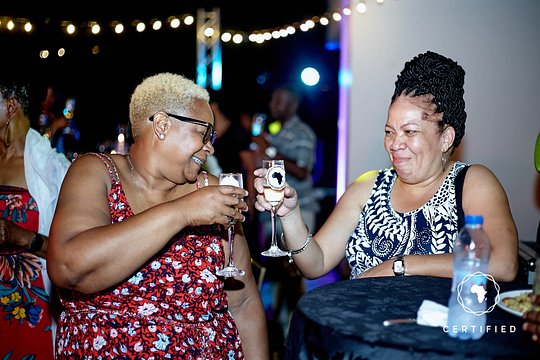 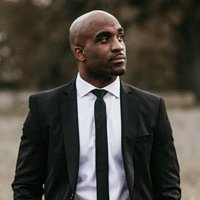 WOW!!!!!! Let's just say, it would be very difficult to verbalize how great our trip was as a result of booking with Certified Africa. My wife and I are avid travelers, touching 16 countries so far. We usually create our own itinerary and almost ALWAYS focus on hanging with locals to gain the most intimate and organic experiences possible. Nonetheless, this was our 15-year Anniversary trip and thought it would be a great idea to allow someone else to plan the trip and sit back and enjoy it. With only an introduction call to discuss some must haves and our set budget, Certified Africa DELIVERED!!!!!!!! Creating a custom itinerary that blew our minds and expectations. We have already begun planning our Tanzania and Zanzibar trip for 2022. From me and my beautiful wife to you........What are you waiting for????????????? Book your next trip to the Motherland with the only travel company we feel comfortable recommending, Certified Africa! Richard and Raquel

Deposit for United Airlines Flight- You will pay the remaining balance of your flight upon the booking of your flight by the Certified Africa team. ...
Read More

All flight payments are non refundable. You have 48 hours from the time of booking to cancel a travel experience for a refund minus an administrative fee. After 48hours, the travel experience deposit - and all future payments - are non-refundable.  We highly recommend you purchase a comprehensive travel insurance policy that includes trip cancellation coverage. After booking, select a travel insurance option that includes a "Cancel for Any Reason" option to cover your non-refundable travel experience and/or flight. Trip cancellation insurance is the only means of receiving reimbursement for non-refundable expenses should you cancel your trip for any reason, whether voluntarily or as a result of Certified Africa's actions.

If you are unable to travel for some reason and you cannot apply a travel insurance cancellation policy, the transfer of your travel experience booking to another person is available.

Transfers of flight arrangements are not available.

Are payment plans available and how do they work?

As a courtesy, we offer payment plans for our trips. Your monthly payments start the following month after booking on the same day you paid your deposit. A monthly payment of the minimum amount due is required each month via debit. You may contact us to change your payment date after booking prior to 72 hours of your payment date. Our system sends courtesy reminders about your upcoming payment but you are responsible for ensuring your payment is successful and your card is up to date. If your payment is declined we will attempt 2 consecutive days.  After a 3rd failed attempt you charged an interest fee.

As of January 1, 2020, all payment plans require monthly automated payments to be debited from your credit/debit card.  Manual payments where clients can log in and pay at their leisure can no longer be supported. At any time, you may contact our office to pay in full.

What flight should I select?

These are some airlines that our travelers have used in the past. Please note that we do not have any personal connection to any of these airlines. 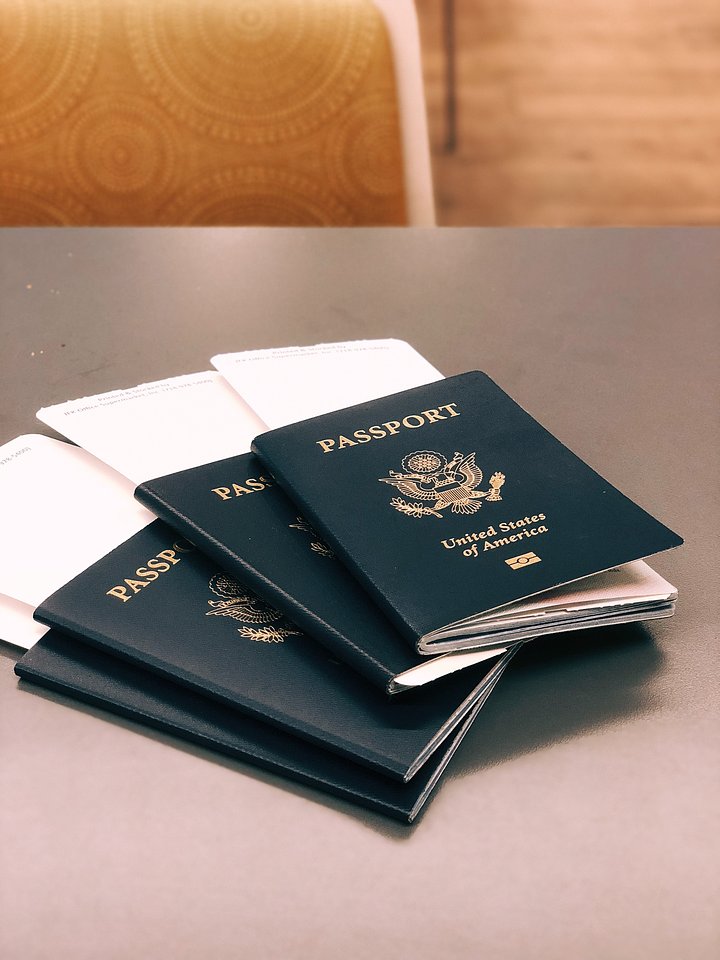 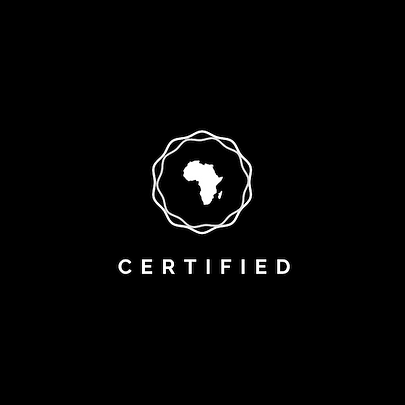 How to Apply for a Ghana Visa 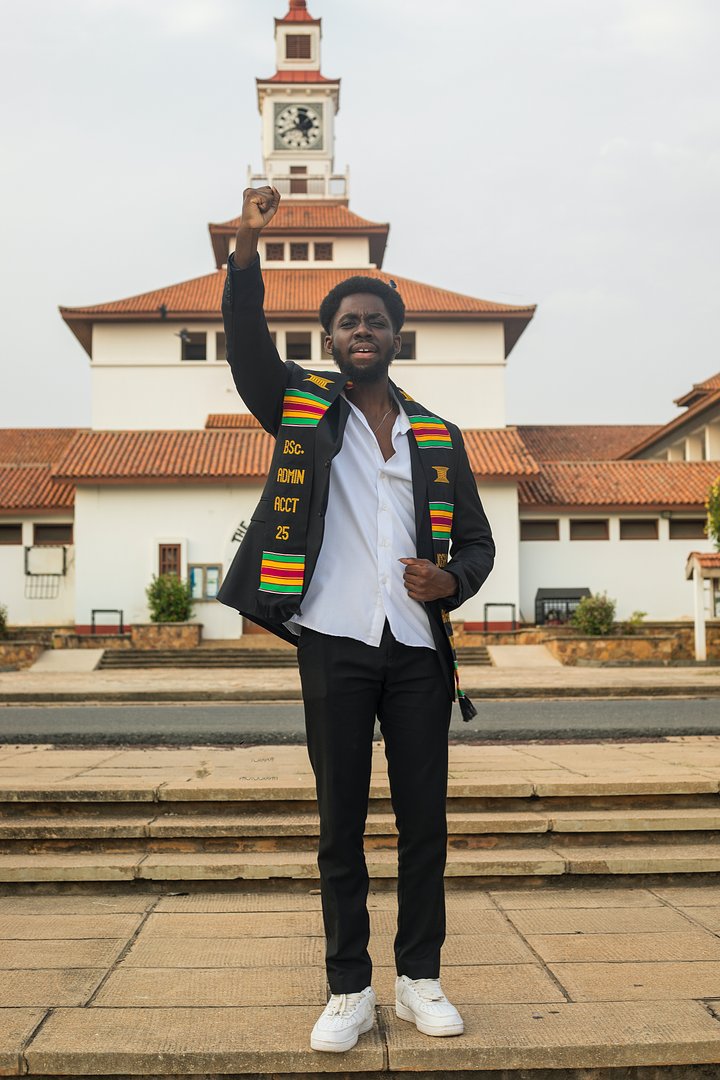 How to Get Citizenship in Ghana

How to get citizenship in Ghana as an African American. 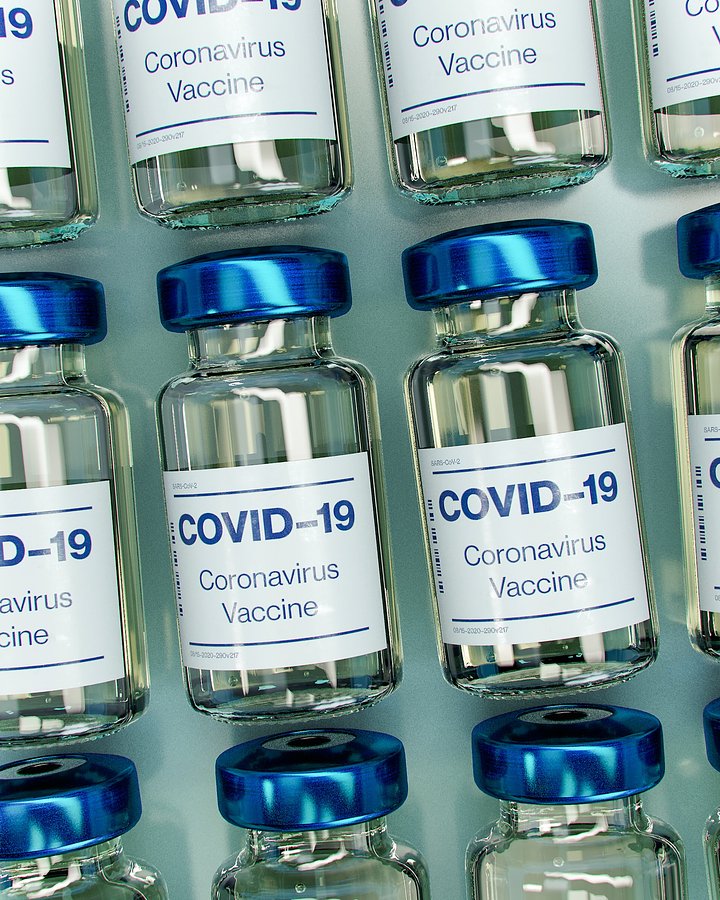